Climate change is inevitable and is going to have potentially serious implications for businesses. Post-COP21, IVL anticipates more environmental, social, political, and economic repercussions. The Company has carried out Climate Change Risk and Opportunity analyses. At the same time, climate change is perceived as an opportunity as changes in regulations will drive the Company towards using more renewable energy. Increasing innovation and production of low-carbon products will lead the Company to become one of the customers’ and consumers’ preferred companies, which also brings financial gain through lowering overall cost of production.

At IVL, we recognize these risks and are committed to taking action. In addition to our Climate Strategy 2025, we developed a Climate Strategy Corporate Standard that guides our global operations in terms of best practices for the climate, including GHG management, with key actions and KPIs in four segments.

We are fully committed to finding pathways towards developing effective low-carbon strategies to alleviate the activities that cause climate change. We see the circular economy as an important instrument in combatting climate change and an opportunity to strengthen our recycling business globally. Through innovation, we aim to create products that can be used at their maximum value for as long as possible. We have proactively established our targets as indicated in our Climate Strategy 2025 focusing on four key areas. 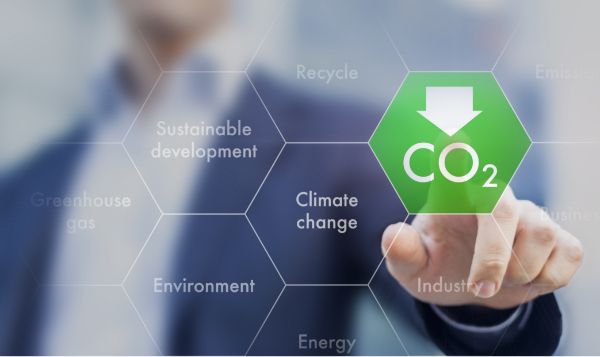 IVL has embraced the recommendations of the Task Force on Climate-related Financial Disclosures (TCFD) for its financial and non-financial evaluations. We have also considered the IEA’s STEPS and SDS scenarios for financial analysis by using the internal carbon price as a parameter to quantify monetary impacts if a carbon tax is imposed in OECD and non-OECD countries, and conducted stress-testing analysis to anticipate the impacts on production, EBITDA, and revenue as part of our risk management process.

Indorama Ventures has implemented an internal carbon price (ICP) of USD 20 per tCO2e across all projects with expected environmental benefits (green projects). This policy, implemented alongside a relaxation in the payback period threshold for green projects, was taken to facilitate deeper decarbonization within the company allowing for the implementation of more decarbonization projects.

In addition, as suggested by the TCFD, we applied the AQUEDUCT water risk atlas to forecast changes in future water stress to identify sites that face the most significant risk in future water demand and supply. The results of these studies have been incorporated in our long-term adaptation measures, which allows management to make informed and long-range decisions for IVL’s sustainability.

We ensure that our products present no risk to human health and the environment when used as intended, and generate value by identifying opportunities to reduce resource and material consumption, in addition to their eco-impact through Life Cycle Assessments (LCAs). We completed LCAs at all of our plants in Asia (excluding new acquisitions from 2017-2020) in accordance with ISO 14040/44:2006, with plans to extend LCAs to the rest of our operations. We conducted an assessment in order to understand the sensitivity of the price of carbon on our business, and are taking further taking steps to study and implement a policy to embed the internal cost of carbon in our operations including M&A decisions.

Despite the overwhelming scientific consensus and widespread recognition of the threat, the actions required are substantial and require actions from the individual, organizational, national and transnational levels. Therefore, dealing with climate change should be a serious priority and should not be ignored.

We are implementing the 8 principles in the World Economic Forum Climate Governance Initiative. It serves as tools to help elevate the strategic climate debate and drive holistic decision-making that includes careful consideration of the links between climate change and business

FiberVisions A/S, our subsidiary in Denmark, voluntarily entered into a joint-agreement with the Danish Energy Agency to support a reduction in total energy consumed in Denmark by 7% by 2020, and becoming independent from fossil fuels by 2050, under the 2012 Energy Efficiency Directive.

Through many energy saving projects implemented and special studies conducted of energy consumption to identify potential areas of actions, FiberVisions A/S received increasing energy saving over the years. In 2017, energy saving was 775 MWh, which was 10% increasing compared to the starting year of this agreement in 2015. The shift in the Public Service Obligation (PSO) tariff for renewables away from electricity bills and energy taxes in 2016 has also played a part. 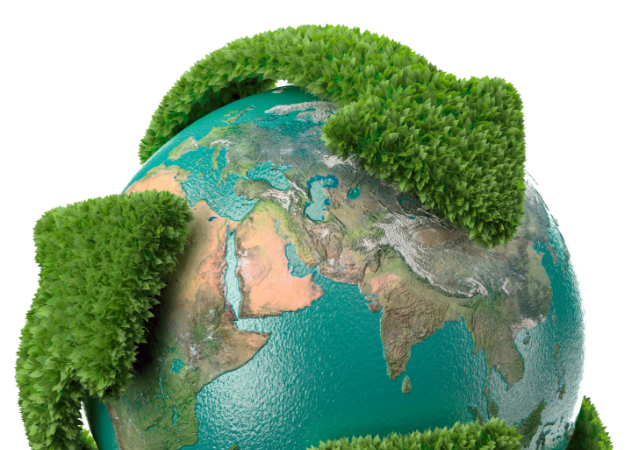 To support our corporate long-term GHG emissions targets and to improve both our environmental and economic operations, we have undertaken several concurrent GHG intiatives. Expanding and improving recycling are important ways to help address climate change.

The PET resin produced by IVL is 100% recyclable. In 2019, we made a global commitment to the Ellen MacArthur Foundation. We invest USD 1.5 billion to recycle 50 billion bottles per year or 750,000 Tons of post-consumer PET materials as feedstock into our polyester production per year

Manufacturing goods from recycled materials typically requires less energy than producing goods from virgin materials. Our most recent collaboration with Unilever and Ioniqa to recycle colored PET bottles into virgin PET is an innovative and important example of our continuous efforts. Further details of this initiative are provided in the Innovation Management section of this report, while more details on our recycling operations are given in other chapters. 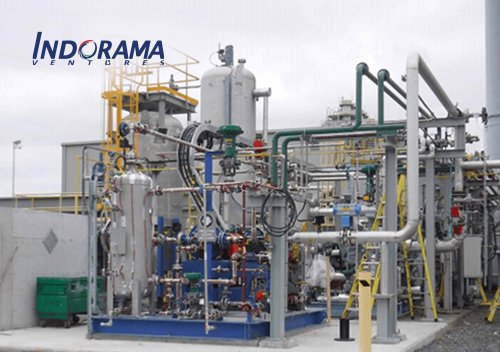 Entreprise Indorama PTA Montréal, our wholly owned subsidiary in Canada, was a North American biogas recovery pioneer in 2009 having installed a unit to vaporize biogas, thus reducing GHGs. The biogas was generated by the treatment of its effluent in an anaerobic bioreactor and contains 70-75% methane with a low amount of contaminant and can thus replace natural gas.

In 2015, the plant installed a unit to treat one of its upstream effluent that had a positive side effect of increasing the bioreactor’s efficiency thereby increasing the available flow of biogas.

In 2018, a new biogas compressor, a H2S removal unit and burner were added. With the new equipment now online, recovery is already higher than the former unit. A total of 1,218,000 Nm3/yr. of natural gas is expected to be replaced by new biogas generating an annual reduction in GHG emissions of 2,300 tCO2e.

We have been acknowledged through important achievements in addition to being recognized by external organizations such as RobecoSAM and CDP. Looking ahead, we remain committed to achieving our targets and will continuously raise the bar to create a sustainable strategy that leads to greater value for our stakeholders, bringing us closer to achieving our vision of making great products for society.